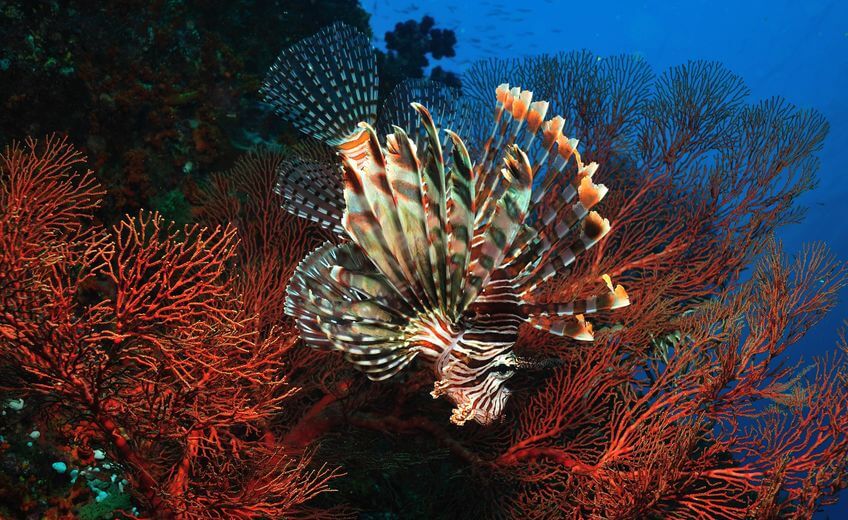 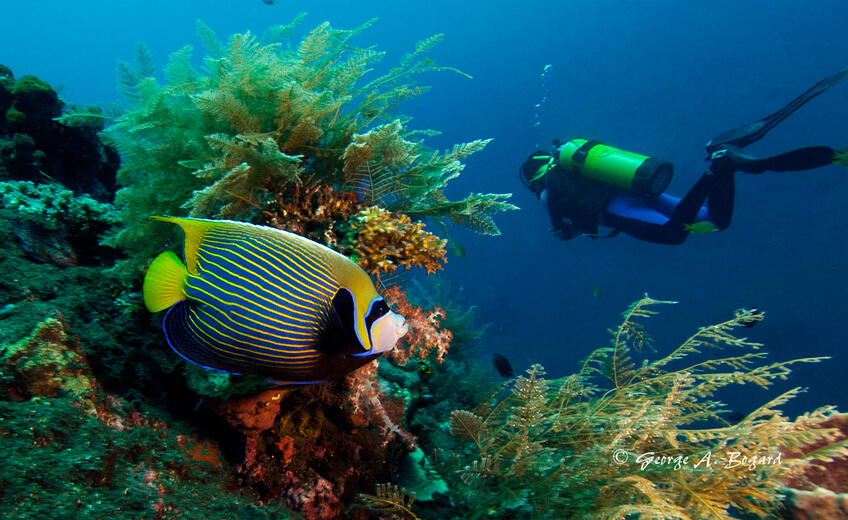 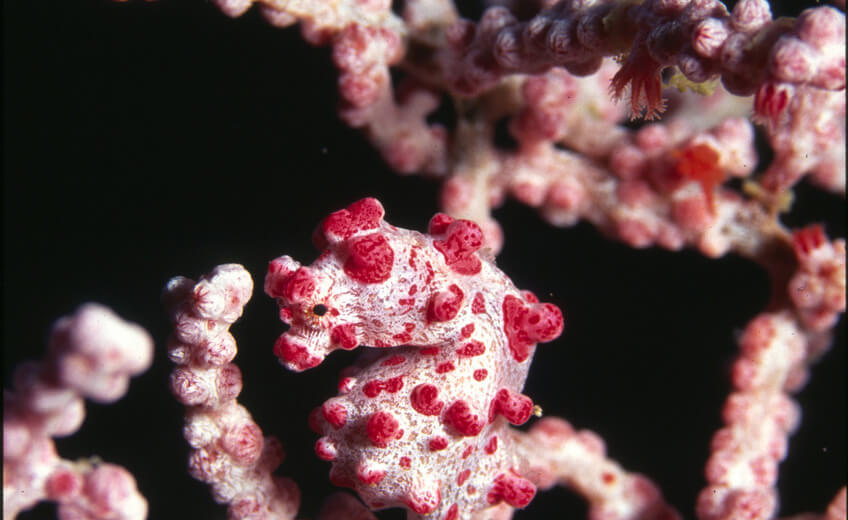 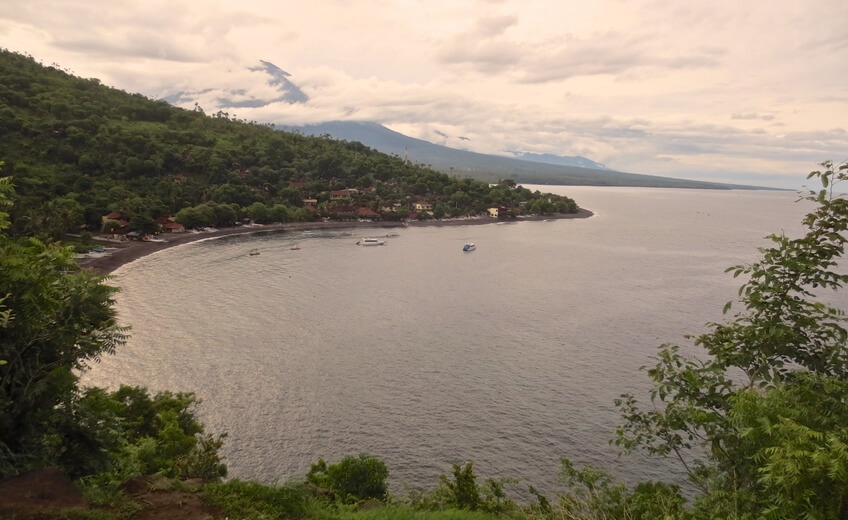 Amed Reef with many different kinds of sponges and Gorgonian seafans, is home to marinelife that includes lobsters, shrimp and goby sets, as well as anemones with attendant clownfish, Blue-spotted rays, pygmy seahorses, and schools of fish from anthias to barracuda. White-tip reef sharks, Napoleon wrasse, Giant travelly and large schools of bannerfish, snapper, and fusilier can be found at Amed Wall.Amed Ghost Bay’s artificial reef can yield Ambon scorpionfish, Ornate and Robust ghostpipefish, Mimic octopus, Wonderpus, frogfish, stonefish – we’re never quite sure what we will find there! 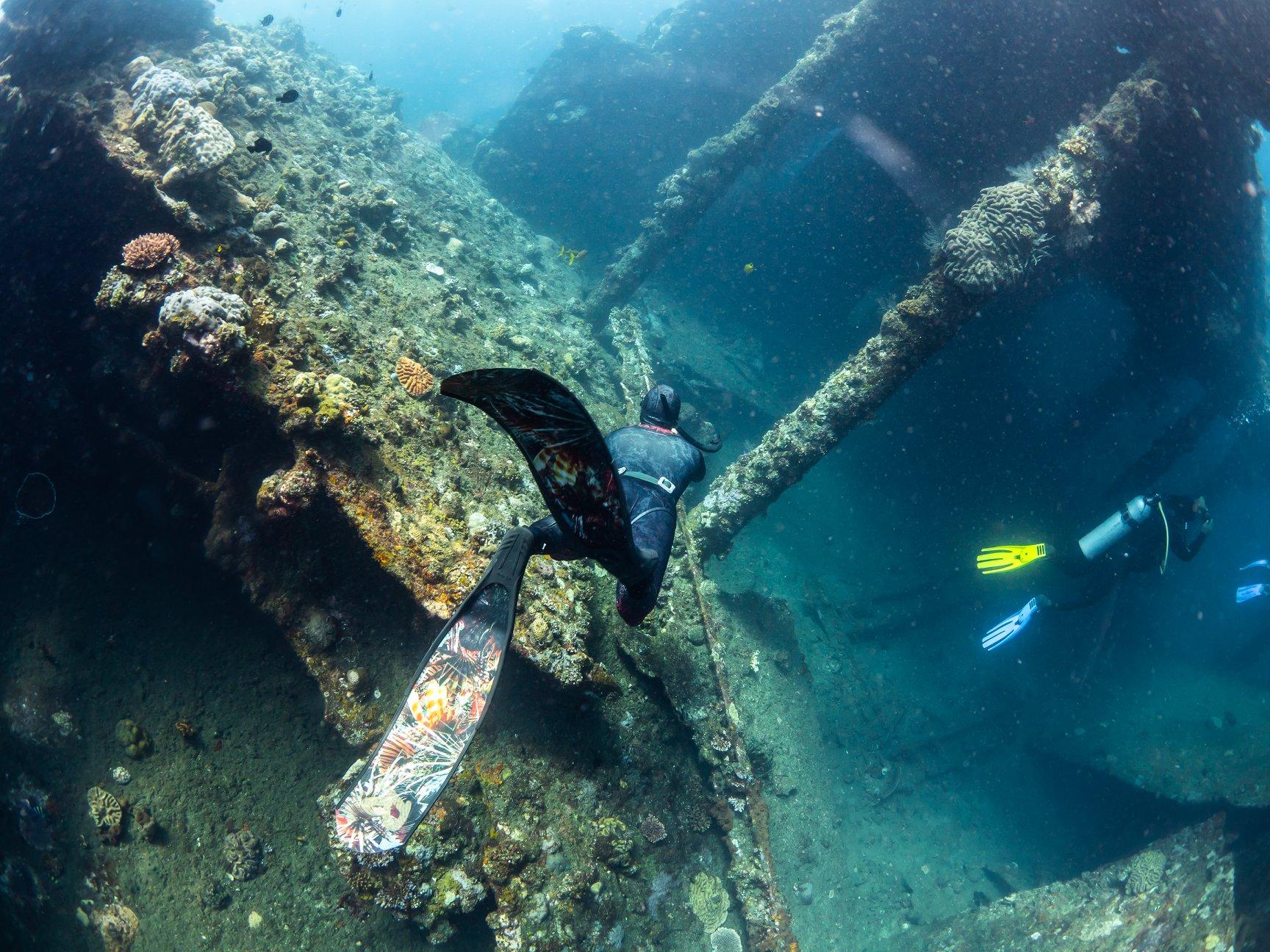 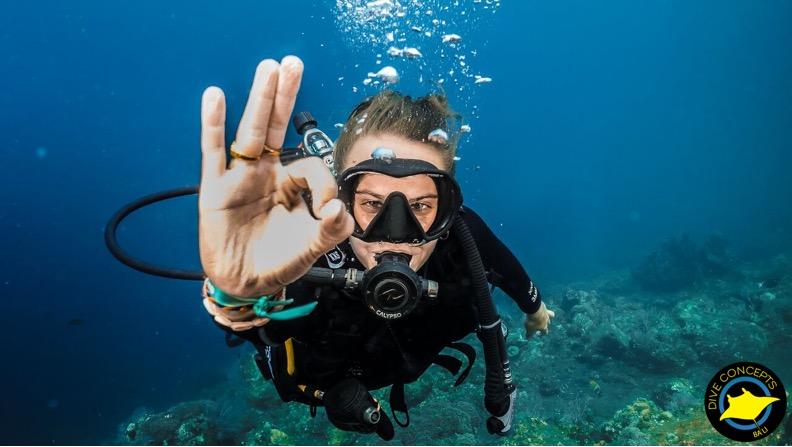 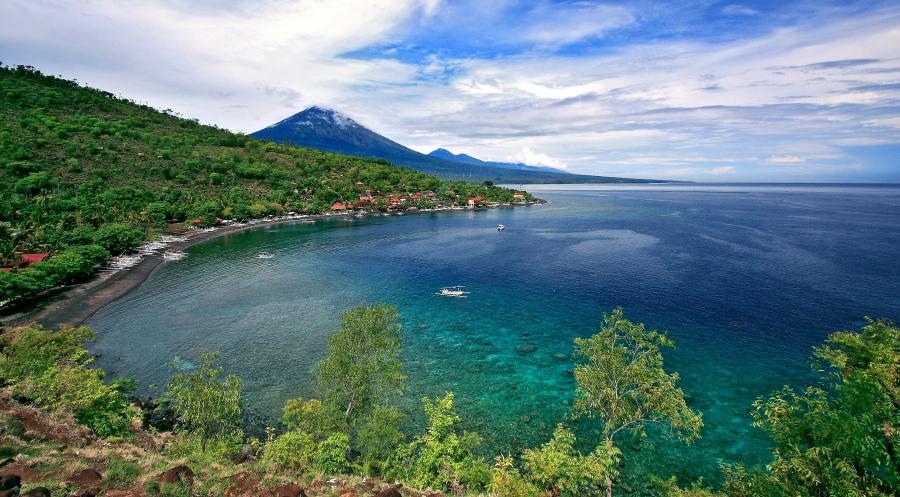 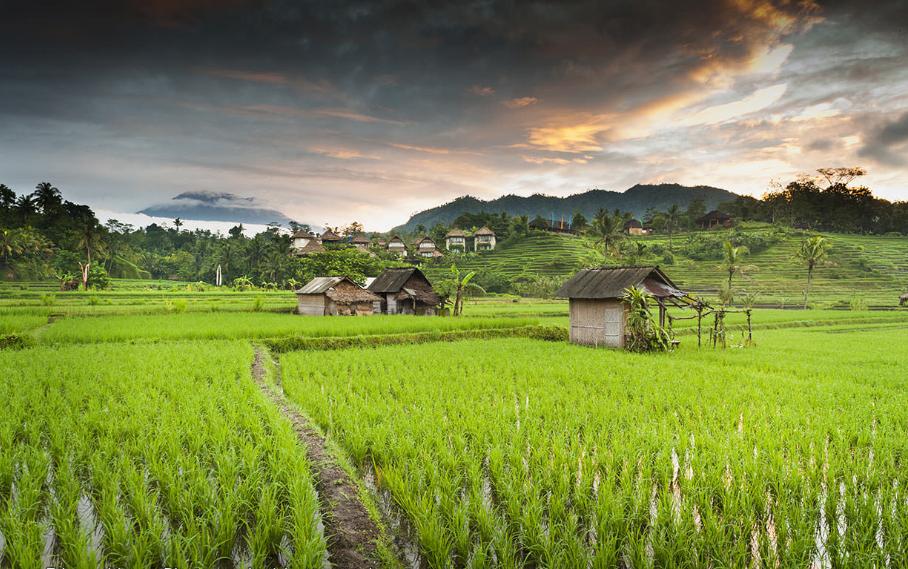